Solar power is currently the talk of the town and for good reason. It is clean, renewable and the production process does not result in the emission of harmful greenhouse gases. On top of that, you get to save a substantial amount of money on electrical bills in the long run. With several solar panel options available in Phoenix today, it’s important for homeowners to know the best types of solar panels

What are the Best Types of Solar Panels?

A solar panel typically consists of numerous individual solar cells. These cells, in turn, consist of 3 layers – a Boron layer, to provide positive charge; a Phosphorous layer, to provide negative charge; and a Silicon wafer, which is the semiconductor. When sunlight falls on the panel, these layers generate directional current which is then turned into electrical energy. Standard solar panels consist of either 60, 72, or 90 solar cells. Here are the three main types of solar panels you should know about.

Monocrystalline solar panels are by far the most widely used option. In order to make these panels, silicon is turned into thin, uniform wafers, following a process called the Czochralski method. These wafers are then assembled in a grid form, and enclosed in glass to form a panel. You can identify monocrystalline solar panels by checking the uniform, black color caused by the interaction of sunlight with pure silicon crystals.

These panels are known to last long and can light your house for 30 years. They’re also great against heat. The cells within these panels consist of a pyramid pattern that creates a larger surface area to generate electricity and allows these panels to reach up to 20% efficiency. 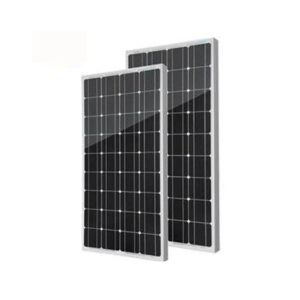 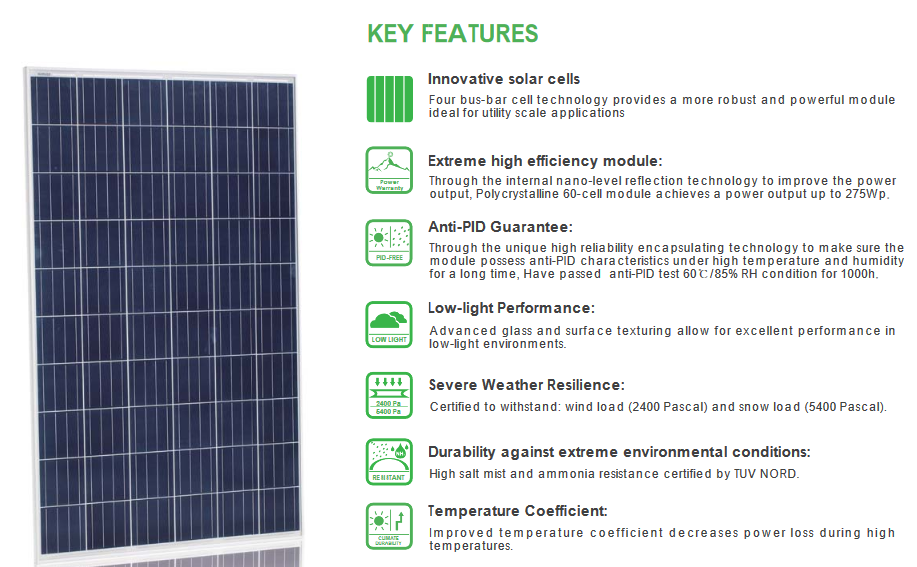 Thin film solar panels are a relatively new trend. Reaching up to 11% efficiency, these panels can also save you a considerable amount of money on installation costs due to their low weight. They are not made solely using silicon, and can even be manufactured by placing cadmium telluride, amorphous silicon, or copper indium gallium selenide between wafer-thin sheets of conductive material. They are up to 350 times thinner than traditional solar panels that use crystalline silicon, and since they are made using a variety of different materials, they cannot be identified with a signature color.

What Type of Solar Panel Should You Use?

It is no secret that solar panels are incredibly cost-efficient since the long-term saving on electrical bills far outweighs the initial installation costs. Choosing the most ideal solar panel would depend entirely on what your priorities are.

Regardless of which type of panel you choose, switching to solar power is a step in the right direction.